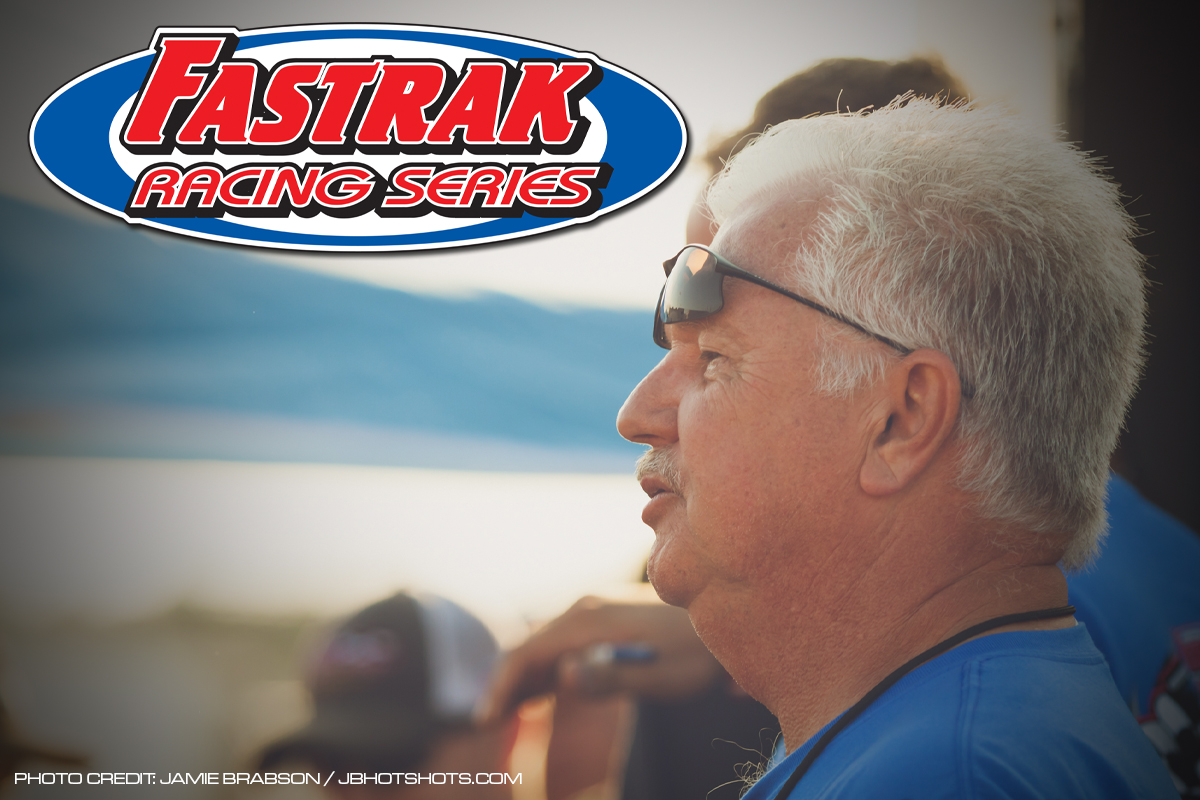 Carnesville, Georgia - When you retire you envision sitting back and relaxing. Taking it easy. But, just like other sports where an athlete comes out of retirement because he misses the game, the same could be said about Stan Lester, owner/founder of FASTRAK International, LLC, the parent company for FASTRAK Racing and the Ultimate Super Late Model Series. OK, maybe not exactly like a professional athlete.

“It’s been a crazy couple of years”, said Stan Lester of FASTRAK. “But I am feeling great, and I believe they have me fixed now”, continued Lester with a little chuckle.

Lester commented “it was hilarious in one way. Not so much in others. I announced my partial retirement in 2019 at the banquet said Lester and at the same time taking over management of Volunteer Speedway. In March of that year, I had a heart attack and after four stents, the Doctor put me out for the rest of the season.”

“I announced my full retirement at the next banquet on January 15th then the first case of covid hit the US on January 26th.”

With the departure of former Vice-President DJ Irvine to take a job with VP Racing Fuels, the need to captain the ship again became very apparent.

“DJ went to work with one of our sponsors VP Fuels, so I took back the company reins on January 4th of this year. After three trips to the hospital at the start of this year, I went in for another surgery, but this time, I think they got me fixed.”

Lester continued, “ironically enough, this surgery was almost 24 months to date from my first heart surgery. Now I feel better than I have in years, but I just need to get my strength built back up; I believe I will be ready to go for a long, long time even though I am into my sixties now. Sixty is the new forty, right?”

The heart surgery was a success and it opened up Lester’s eyes to what needed to be done next.

“I just thank the good Lord above that I had excellent Doctors each time. I have a 5-6 inch scar down my neck now, but hey I am alive. Both instances have let me know, I can’t run 18-20 hours a day anymore so I have to work smarter, not harder”, commented Lester.

With the change at the helm of FASTRAK and the unforeseen heart issues, things have started off a bit slower than usual, with the 2021 touring schedule being the most important item on the agenda.

“I am really excited about the people working with us now, and where the company is at now. Yes, I know the schedule is more than late being put out, but it will be out the first part of week. We’ve never been this late in 18 years of being in business, but because of the unfortunate circumstances, unfortunately it happened,” commented Lester.

Lester continued, “I can’t thank everyone enough for being so patient through all of this, and for all the calls and prayers. Good to know our racing family is still there and especially through these tough times of dealing with my health.”

Fans and competitors need to buckle up and keep their eyes glued on FASTRAK pages and PR. Things are about to get exciting. The 2021 schedule will be out before Friday and the wheels have been put into motion for a few changes for the 2022 season, new formats and larger paying purses are just over the horizon.