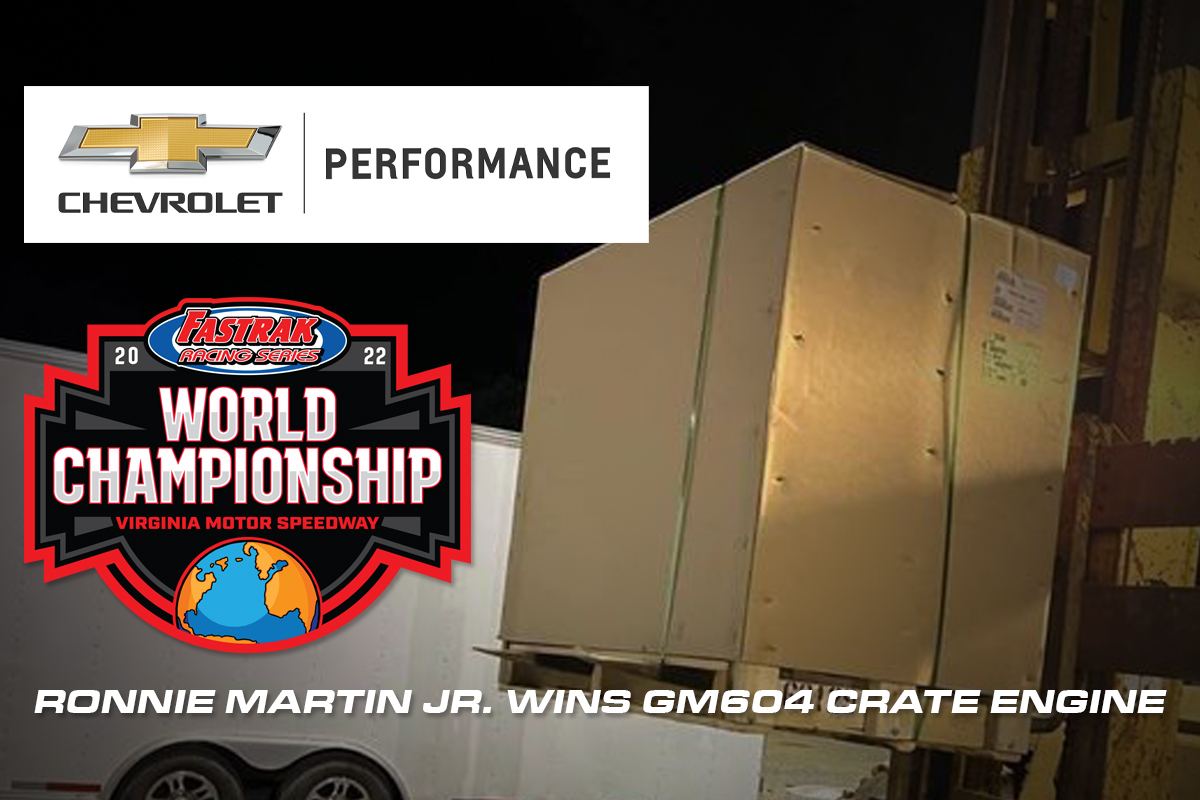 Jamaica, Virginia – Sometimes, it's better to be lucky than good. Heading into the FASTRAK World Championship weekend, officials announced that someone would be taking a Chevrolet Performance GM604 crate motor, valued at $8500, home with them when they left. On Championship Saturday, every driver received a raffle ticket in the driver's meeting. During the 10-minute pit stop at lap 30 of the $50,000 to win feature, one of those tickets was drawn, and Ronnie Martin Jr. of Buena Vista, VA, was the driver holding that ticket.

"I never win anything from a drawing, lottery, or anything like that," commented Martin when presented with the motor.

After having issues in the heat race and his B-Main, Ronnie Martin Jr. ended up racing in the 25-lap non-qualifiers race, where he finished ninth. Martin had already considered the weekend a success, even with a few issues during the event.

"So we had a good race and brought back a brand new 604 engine to top it off," added Martin with a huge smile.