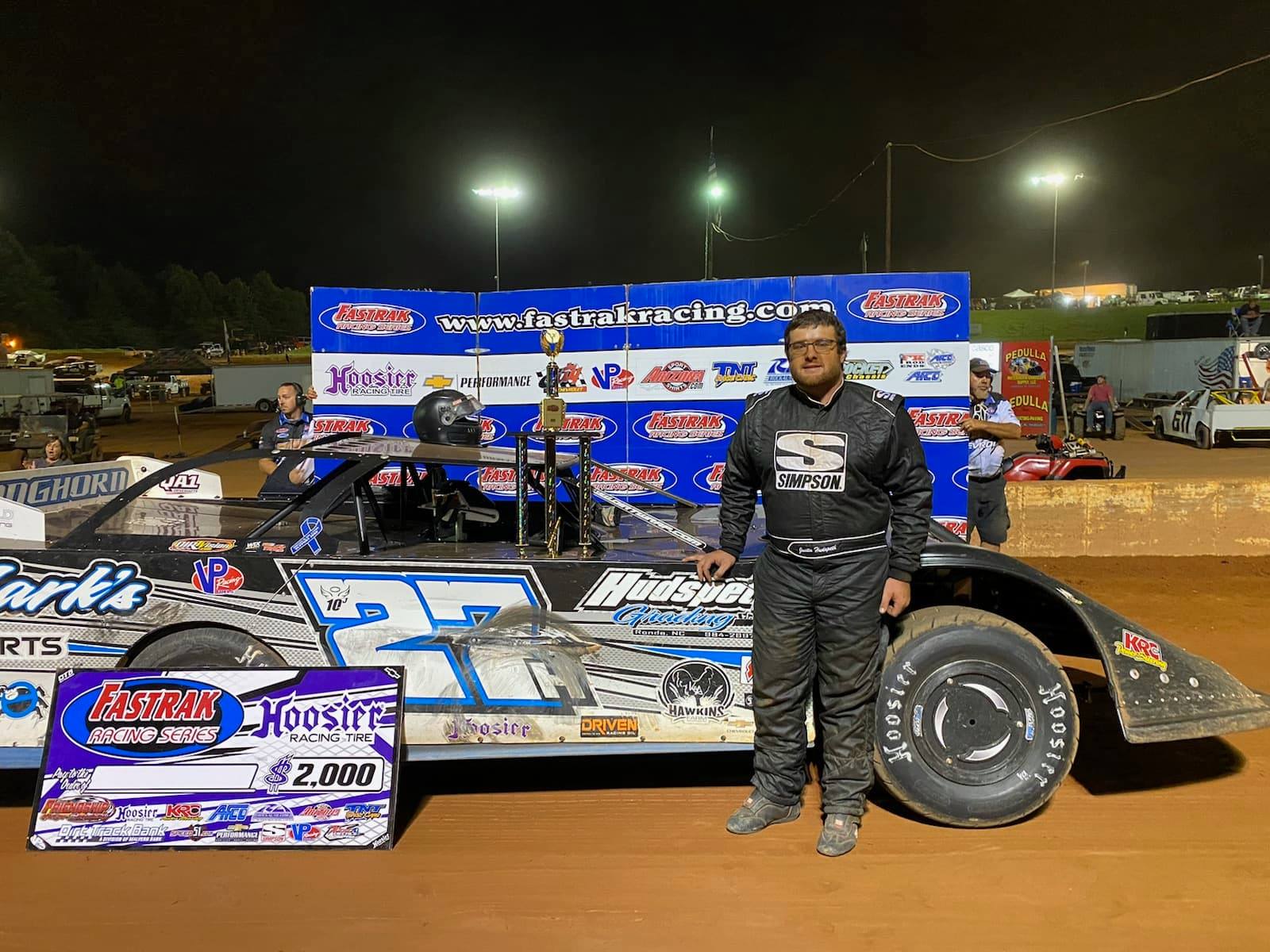 Twenty-four missiles from five states made the call to the facility in Elkin, NC. The fans flocked the grandstands to witness this dirt track battle of FASTRAK weekly racers vs the national touring machines popping into the house that has had prominent success recently by promoters Mike Gatton & John Page. The event would get underway with “Dirt Track Bank” Beat the Clock Qualifying set by #27h Justin Hudspeth with 16.109 seconds with the entire field separated in time trials by just one second only.

The Heat races were pretty much an open book, shut case for the inside front row starters, #27h Justin Hudspeth, #08 Layton Sullivan & #00 Carson Ferguson would all lay claim to the heat race victories. After the 4-wide salute to the fans the race would commence with a total domination by Hudspeth. Only times he ever had a to get defensive holding off the pack was during the “hole shot” into turn one. After that he’d set sail and never look back.

The native out of Ronda, NC celebrated the biggest victory of his career so far with the $2000 payday in front of a roaring crescendo of hometown fans rooting him to the win. It would also make the 2nd different winner of the 2020 FASTRAK Racing Series national touring schedule back to back. Plus two different first time winners now with Layton & now Hudspeth.

Sullivan who never visited Friendship until this evening will settle for a solid runner up finish just 4 seconds behind Hudspeth. #06 Dillon Brown has been struggling the last few months in his Longhorn chassis out of Gaffney, SC felling like a victory tonight he’ll go on the podium in third place. Defedning FASTRAK touring champion #00 Carson Ferguson will settle for 4th and the current FASTRAK VP Racing Fuels National Weekly championship points leader #7a Corey Almond rounded out the top five.

The next event scheduled for the FASTRAK Racing Series powered by Chevrolet Performance will be Friday, August 7th with the inaugural visit of the series at the Ohio Valley Speedway in Lubeck, WV. Further details and information coming soon on this event in West Virginia not to miss.