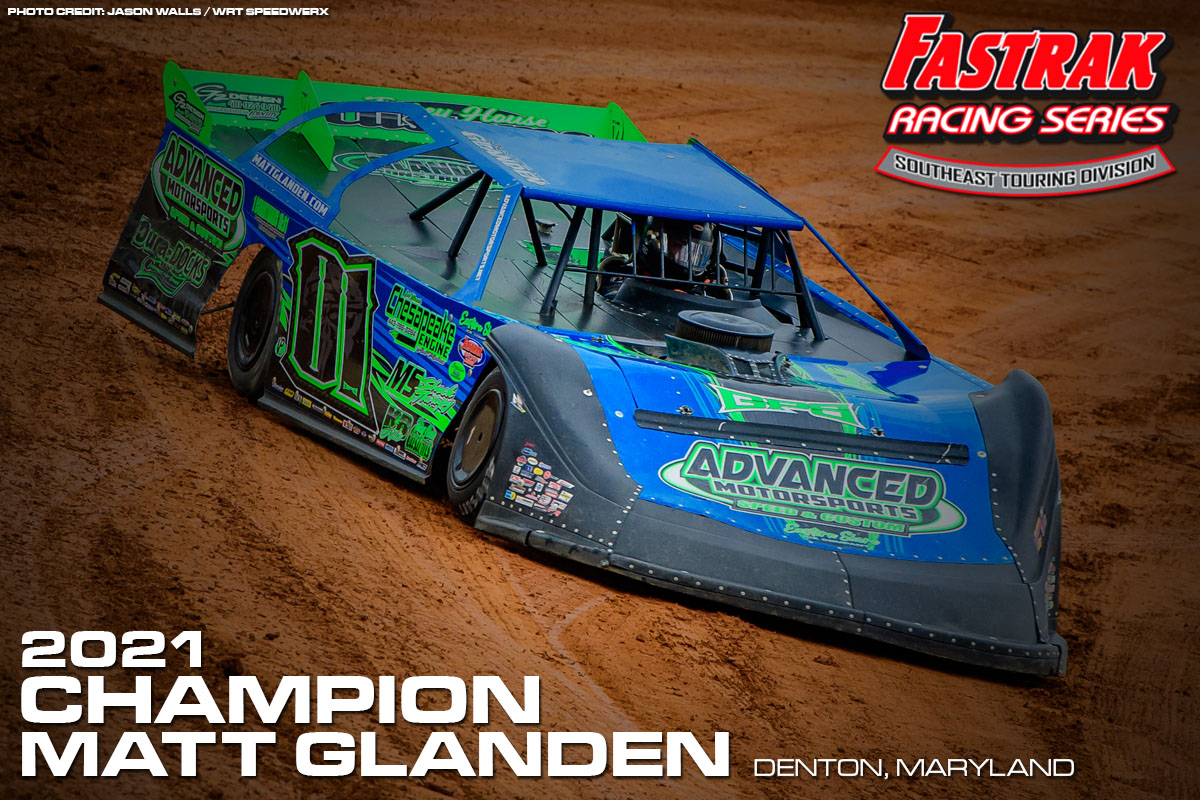 Carnesville, Georgia - Denton, MD's Matt Glanden went into the 2021 season with the 2021 FASTRAK Southeast Touring Series Championship squarely in his sites. What he didn't anticipate was an abbreviated season due to Hoosier's tire shortage. But he did not let those issues deter him from his goal and scored his first career FASTRAK Southeast Touring Series Championship.

"I would like to thank Mom, Dad, and Miranda, they go above and beyond and spend every weekend at racetracks so we can do things like this. I would like to thank Mikayla, Joe Schoonover, Mark Smith, Rich Hottle and family, Art Malsin, Kerry King, and Dale Williamson for everything they do to help up along, as well as FASTRAK owner Stan Lester for sticking to the tour and making it happen," commented Glanden when asked about winning the championship. Glanden added, "This FASTRAK Southeast Touring Series Championship was the goal we set for this year; I wish we could have gotten more racing in along the way, but I'm honored to be in this position, and hopefully, we can capture another one in the future."

ABOUT FASTRAK RACING - The FASTRAK Racing Series is currently in its eighteenth year and has been a fundamental force in developing drivers. The Series has offered some of the highest-paying points funds in Crate racing today. FASTRAK held its first-ever touring event on April 3, 2004, at Winder-Barrow Speedway located in Winder, Georgia, and that was the first-ever touring event held for Crate Late Models in the world! FASTRAK currently holds tour events in the Southeast.