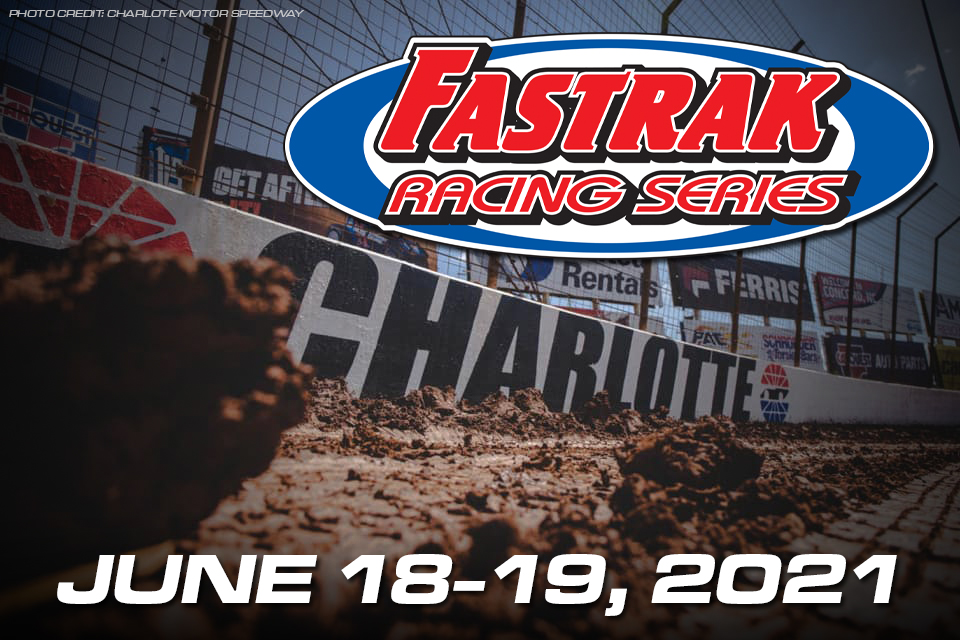 Carnesville, Georgia - Officials of FASTRAK International Companies along with Officials of the Dirt Track at Charlotte Motor Speedway are excited to announce the return of the FASTRAK Racing Series and Late Model Mania, an all “Late Model” weekend, to be held June 18 –19, 2021.

The “All Late Model Event” marks the return of the FASTRAK Racing Series 604 Late Models to the pristine 4/10ths of a mile facility located just down Bruton Smith Boulevard from the Charlotte Motor Speedway and will also feature the first-ever visit by the Ultimate Super Late Model Series.

Even more exciting is the fact that the cameras of MAVtv will be on hand to film the Late Model Mania event for airing at a later date.

“It is an honor and extremely exciting to be able to hold an event at The Dirt Track at Charotte. To have this opportunity for our teams to race at Charlotte is elevates what we do to another level; for our Ultimate Super Late Model Series this is a bucket list first time visit. And on the fact that MAVtv will be airing the event and now our teams have the chance to be in front of a national audience and have the chance to maybe attract new sponsors to their teams.,” commented founder/owner Stan Lester.

More details regarding this exciting event will be released as soon as they are finalized. Stay tuned to the series and track social media outlets and webpages for additional information. Visit the Series webpage at www.fastrakracing.com and www.ultimatesupers.com or call (678) 935-7304.