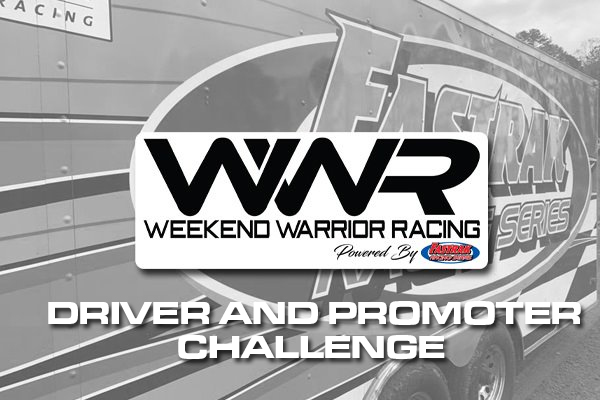 FASTRAK ISSUES CHALLENGE TO DRIVERS AND TRACK PROMOTERS FOR 2022 SEASON

Fastrak Issues Challenge To Drivers And Track Promoters For 2022 Season

Carnesville, Georgia - With the 2022 racing season just around the corner officials of FASTRAK Racing want to issue a challenge to all drivers and track promoters, a $50,000 challenge that is.

“We encourage all the 604 Pro Late Model drivers to speak with their respective tracks about becoming a FASTYRAK sanctioned facility so that they can run for the possible $50,000 to win National Championship; if you want to run for the bigger money pull together and get your track to become sanctioned,” commented FASTRAK President Stan Lester.

To be eligible for the 100% of the Weekend Warriors Racing National Championship point fund posted amounts drivers must be FASTRAK members ($150 for the year), run the FT crate spec tires on all four corners at any FASTRAK weekly track on all cars 100% of the time, BUT a track may also participate on any crate spec tire, but their teams will only receive 50% of any posted amount.

“I still think we have the best spec crate tire in the business, but this will allow competitors that are in areas where other spec crate tires are more prominent to run at a FASTRAK track and not incur unnecessary costs and still compete for the national title,” stated Lester.

FASTRAK would like to point out once again that tracks DO NOT have to run FT crate spec tires to be FASTRAK sanctioned in 2022. Their teams will only be eligible for 50% of the posted point fund amounts, which are still extremely good when compared to other crate sanctions.

The 2022 point season will start the first weekend of April and run through the Sunday of Labor Day Weekend.

Membership must be in-house by the first weekend of April or paid at the track. No driver will receive points until they become a member.

An announcement on when the new 2022 membership forms will be available online is forthcoming. Keep an eye on the FASTRAK website and social media platforms for more details.

Any tracks interested in joining FASTRAK, please call as soon as possible to ensure your teams have the opportunity to join this year’s possible $50,000 to win National Championship.