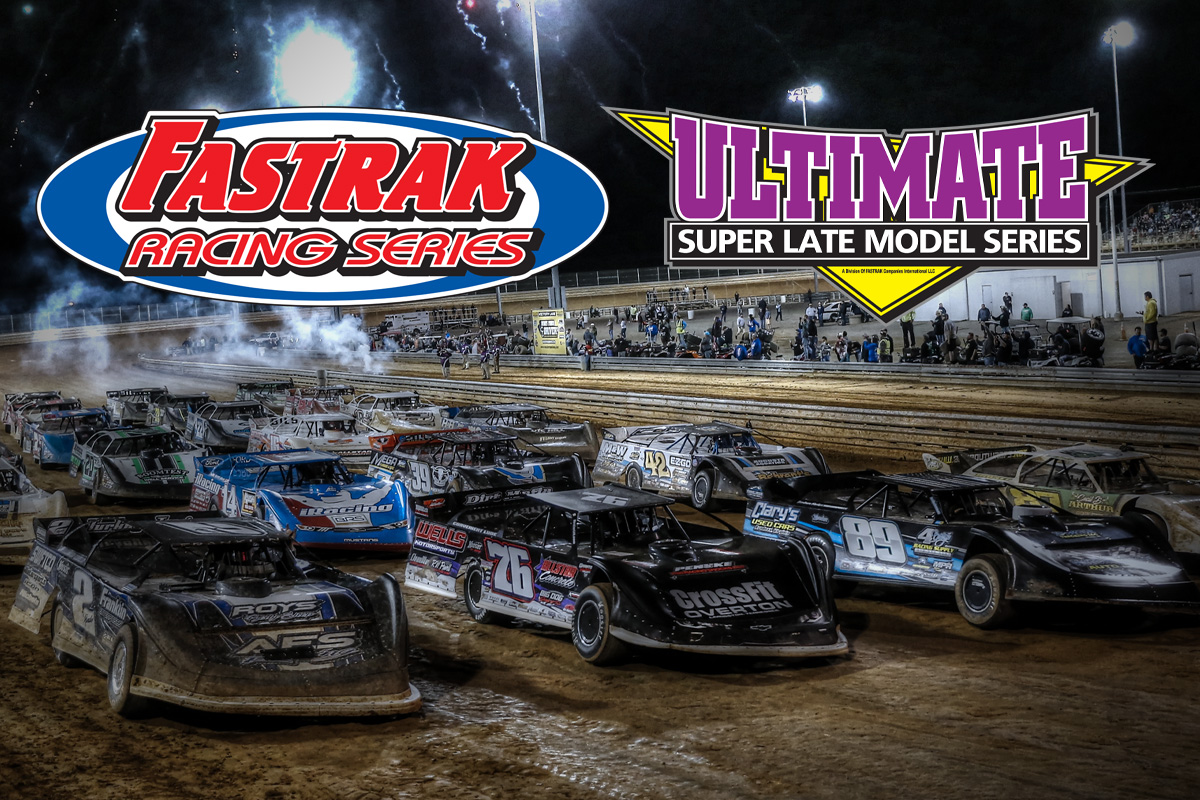 Carnesville, Georgia - The two tours under the FASTRAK brand, including the FASTRAK Racing Series and the ULTIMATE Super Late Model Series, held events this past weekend with ULTIMATE Supers at Natural Bridge Speedway on Friday night and both ULTIMATE and FASTRAK at Virginia Motor Speedway Saturday night.
Friday the Ultimate Super Late Model Series had twenty-four entrants, with Brandon Overton taking home the $5000 Road to Jamaica feature. The feature offered tons of two and three-wide action all race long, with Overton passing Ross Bailes with ten laps to go to take the win.

The Natural Bridge Speedway event was promoted by John Philpott.  When asked about the success of the event, he said, “I want to make this USLM event an annual event that both teams and fans could depend on.”

On Saturday, the Ultimate Super Late Model Series had a stout field of thirty-six competitors, and the FASTRAK Touring Series had an outstanding thirty-two entrants. Both races were exciting and had the fans on their feet. Brandon Overton won the $20,000 Virginia Is For Racing Lovers King of the Commonwealth, and Carson Ferguson picked up the victory in the FASTRAK Racing Touring series season opener.

After the conclusion of the King of the Commonwealth, Virginia Motor Speedways track owner Bill Sawyer was asked about the success of the event.  “With COVID restrictions and a gas shortage, I have to say this was an excellent night for VMS, and I told Stan Lester (owner of both Ultimate and FASTRAK) that we would be doing business for a long, long time.”

Fans and competitors need to buckle up and keep their eyes glued on FASTRAK pages and PR. Things are about to get exciting. The 2021 schedule will be out before Friday, and the wheels have been put into motion for a few changes for the 2022 season; new formats and larger paying purses are just over the horizon.