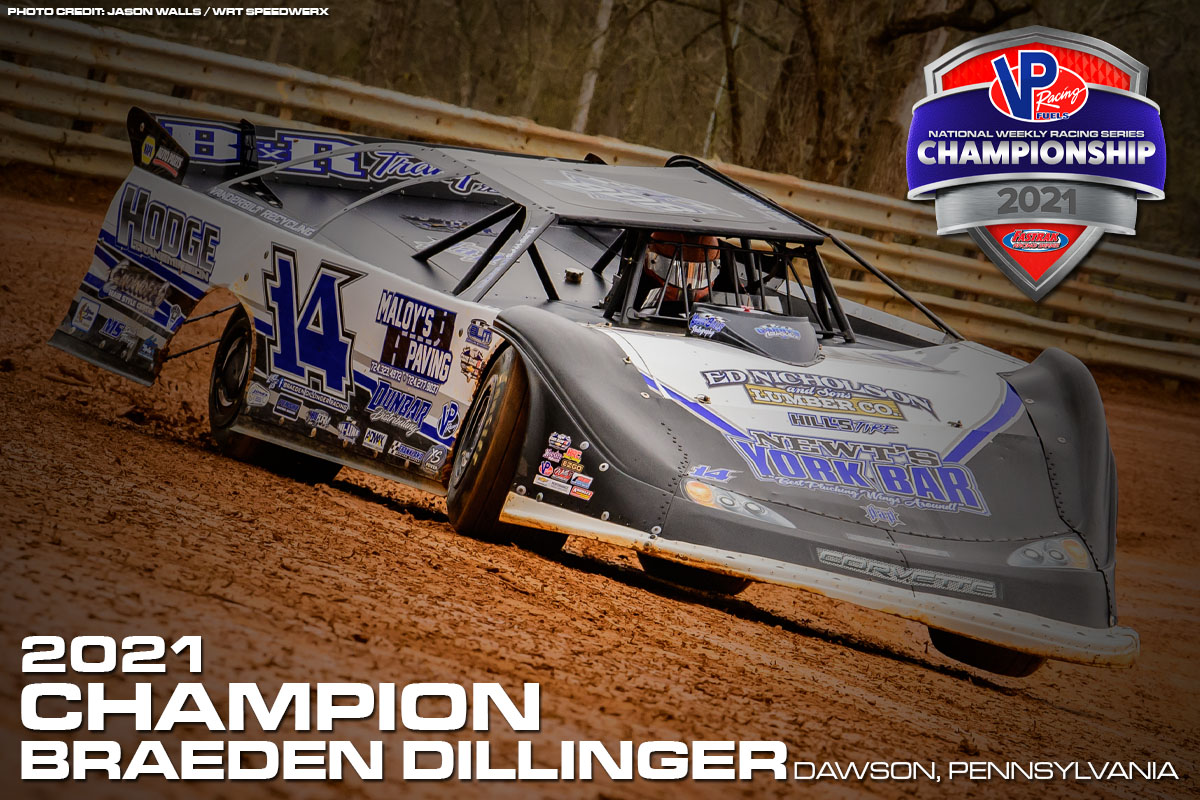 "Words cannot express about being able to back up our 2020 championship with one for 2021. All I really can say is heads down, eyes forward, don't look back, and keep digging," commented Dillinger about his second national title.

ABOUT FASTRAK RACING - The FASTRAK Racing Series is currently in its eighteenth year and has been a fundamental force in developing drivers. The Series has offered some of the highest-paying points funds in Crate racing today. FASTRAK held its first-ever touring event on April 3, 2004, at Winder-Barrow Speedway located in Winder, Georgia, and that was the first-ever touring event held for Crate Late Models in the world! FASTRAK currently holds tour events in the Southeast