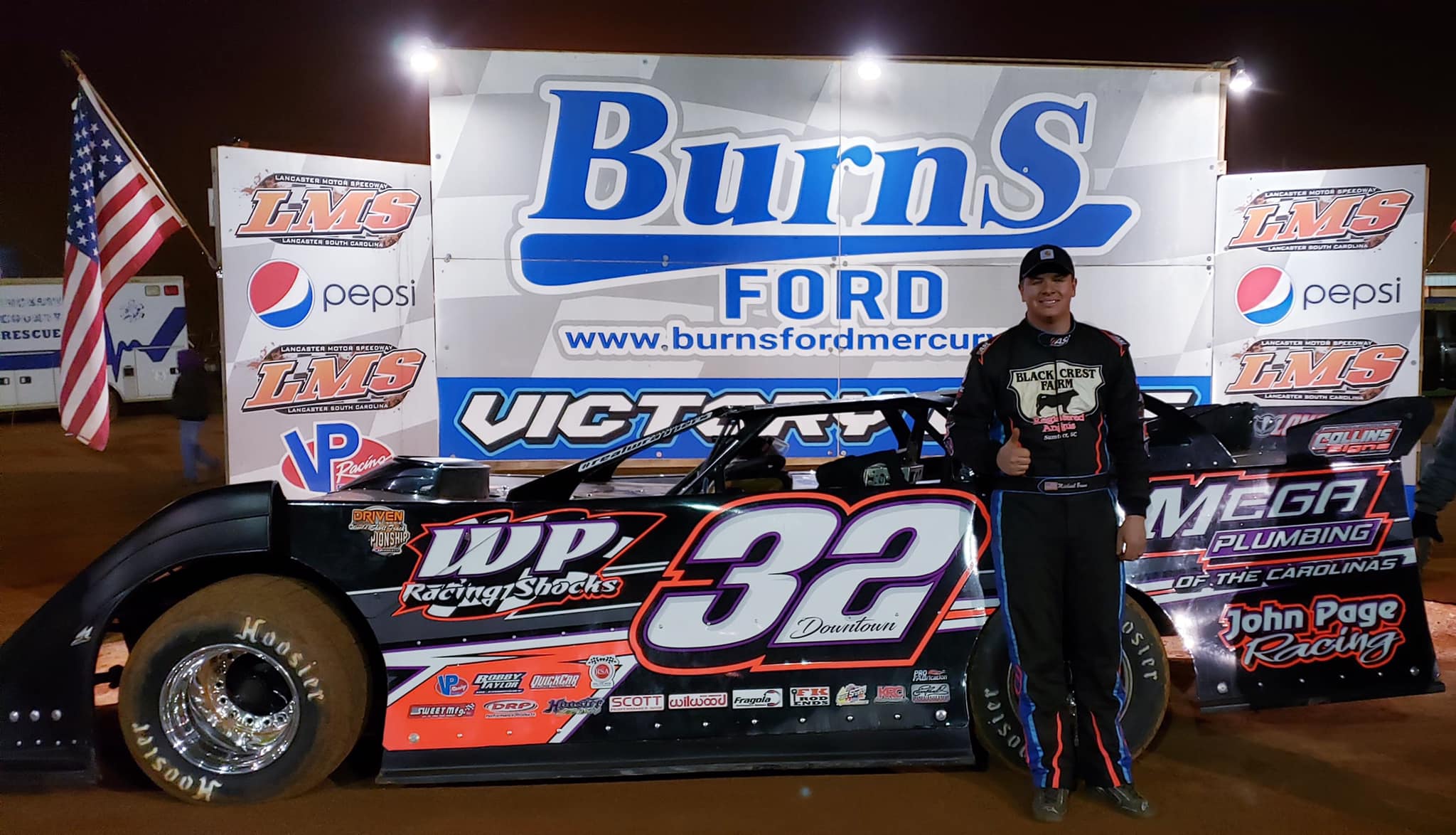 Carnesville, GA – Michael Brown of RockHill, SC took home back to back wins at Lancaster Motor Speedway as part of the Red Rose Rumble to kick off the 2020 season. The consecutive wins give Brown the early lead in the 2020 FASTRAK VP Racing Fuels National Weekly Championship, with 86 points.

Bryan Mullis, Travis Steele, Gray Parton, and Timbo Mangum rounded out the top five in Friday’s feature at the half-mile oval. Brown collected $1,000 for his victory on Friday night.

On Saturday Brown was followed by 2019 FASTRAK Racing Series powered by Chevrolet Performance Champion Carson Ferguson. Steele, Mullis, and Pat Lindsay rounded out the top five. The finale of the Red Rose Rumble paid $1,200 for the FASTRAK Pro Late Models.

FASTRAK membership forms are available on fastrakracing.com and must be submitted, with payment before points begin to count towards the championship. Membership is $150 and includes the driver in both weekly and touring FASTRAK points. The membership also includes $100,000 of participant accident medical insurance through Mutual of Omaha. Crew members can be added to the insurance policy for $40 per person.

The FASTRAK VP Racing Fuels National Weekly Championship will open up at all other FASTRAK weekly sanctioned tracks on April 1st. The drivers take their best 15 finishes throughout the season to make up their point total towards the $10,000 to win championship, which pays through the top 30. Points are set to end on Labor Day, September 7th.